Can we help you find something?

Contact us today if you have any questions or suggestions.  We will work around the clock to assist you!

The “F” Word and How to Encourage It. What?! 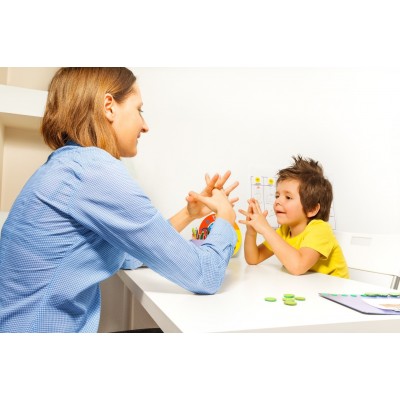 So, I’ve been teaching K-3rd ASD children in a self-contained setting for nearly 20 years.

Throughout that time, I’ve heard students saying some unkind things to one another requiring just a tad of adult intervention. But, never in all this time have I heard the “F” word being tossed around so freely as I had this past school year! Yes, I can only imagine what you’re thinking.

But think again. The word is “friend”.

Many of our students with autism struggle with social skills and have a difficult time communicating and maintaining friendships.

It all started on one beautiful October morning. My class had settled in and learned the rules and expectations that I had set for them. It usually takes a few weeks until they can remember and abide by the rules. As a reward (and this was the incentive they were working towards), they each knew that if they finished their work and had a good morning attitude, that our class would be able to sit outside at the picnic table for snack time. Everyone looked forward to the cool weather (well, as cool as October weather can be in South Florida), listening to the birds sing, counting the trucks that rolled by on a nearby road, and even watching a fish or two jump from the canal (that’s what we call it here – you may call it a stream).

But to my surprise, something more happened.

They observed spiders weaving webs, an up close and personal bird feeding encounter, ducks waddling by, parking lot signs, leaves falling…and THEN, I would eavesdrop on real conversations! Okay, so some were silly, but kids that barely spoke were chatting away!

As this outside snack time now turned into a highly anticipated daily ritual, I began hearing the “F” word –“friend”.  Seating arrangements became as coveted as tickets to the Broadway show, “Hamilton”. As these friendships began to form, just like typical kids, they only wanted to talk to and sit next to their “friends”. After a lengthy talk, multiple social stories and activities on what it means to be a good friend, things were looking up.

And they kept on talking. To each other. To me. To Felice, our assistant. To THE PRINCIPAL, for heaven’s sake! The flood gates of words had been opened and there was no stopping it. 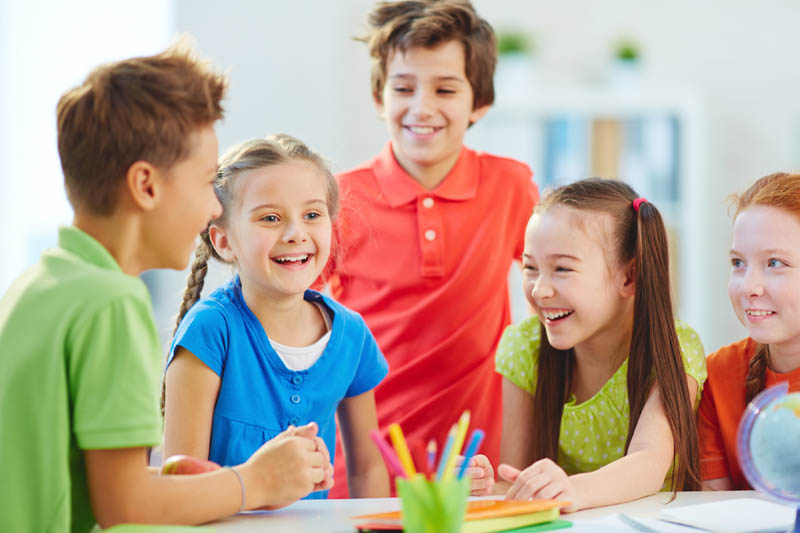 Then, much to my dismay, when we started to hear, “You’re not my friend,” I nipped it in the bud. We were NEVER to say the “F” word again. I explained that we are ALL friends in school. I went on to say that sometimes a few kids may play together on the weekend, but in school, we are all friends, all of the time. This took lots of reinforcement, visual, verbal, and prompting, but by May, we had conquered our social blunder.

I was ecstatic to receive emailed photos and playdate updates over the summer from our parents. They excitedly told me about activities that the kids did together and how they had remained “friends” (it’s okay to say the word here). This was a huge milestone for both my students and myself.

As luck would have it (or just that grade level thing called placement), they are all back in my class this year. They know the rules. They follow my expectations. They know that after this incredible tropical heat wave we’re having, outside snack looms in the near future. My new students are excited now, too.

Oh, and how did the title of this blog post come to life? It was Felice, our assistant, who after a 20 minute “You’re not my friend” episode between two students blurted out, "NO MORE ‘F’ WORD!"

Explore the social stories below (they're clickable!)

1.  Look for unexpected or non-traditional ways to encourage social skills. Take each student’s abilities into consideration and provide visuals and prompts when needed.

2.  Provide the opportunities to initiate self-interaction with peers. Try and place two students who have similar likes or share the same experiences. The adult can begin the conversation and then walk away, but keep a close ear. If you hear nothing happening, go back again and start a turn-taking conversation. It may take a while, but they will get the hang of it. Do you have an area outside where your students can gather for snack time? It’s just such a perfect opportunity to learn, listen, and enjoy what you hear.

3.  Let them be free! Don’t direct the conversations you hear during this “free” time. You can listen and learn from what they are saying, perhaps using that topic for writing or as a reward incentive. Does a cartoon or video character creep into their conversation? Use that to your advantage.

4.  Let the friendships flourish! Encourage the parents (moms mostly, it seems) to “book” playdates or social outings with the kids. Who knows, maybe the moms can be besties, too!

5.  Show and Tell. Show the SLP who works with them, show the Autism Coach and ESE Specialist, show another teacher so he or she can try and do something similar.

Enjoy! Fold your arms and gloat. You may not see this happen every year, but you certainly can try to make it happen!

Our mission is to enhance special needs classrooms around the globe with engaging "hands-on" learning materials and to provide effective resources for Special Education teachers and therapists to share with their students.

When you sign up for an account, you may choose to receive our newsletter with educational tips and tricks, as well as the occasional special freebie! Sign me up!